The History of EL REY FEO 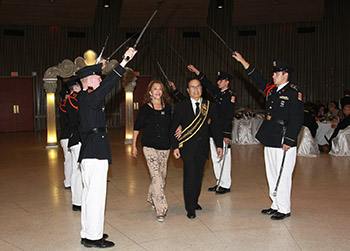 The story dates back to Spanish medieval times, during which the King of Spain had distanced himself from his subjects choosing to fill his court with only the beautiful, rich, and aristocratic. The ordinary citizen was never invited to the palace and rarely saw the monarch except when he rode to the countryside to hunt. The common people resented the king for this, and one day a rebellious crowd gathered in the plaza and proclaimed one of their own as “The Ugly King” or The People’s King.

This celebration of the populace traveled to the New World, and it was in Aguas Calientes, Mexico during La Feria de San Marcos (The Festival of St. Mark) when the first Rey Feo ruled in North America.

Later, in 1947, members of the League of United Latin American Citizens (LULAC) Council No. 2 in San Antonio, Texas were looking for a way to raise money to provide scholarships for underprivileged and deserving San Antonio youth. With their knowledge of La Feria de San Marcos, the members decided that sponsoring a Rey Feo competition of their own would not only be fun, but charitable as well. Later, through the efforts of Logan Stewart, Rey Feo XXXII, a local prominent radio personality, El Rey Feo was formally invited to be part of Fiesta in 1980 and was given his own parade called Paseo Del Rey Feo. The Parade was an integral part of Fiesta from 1980-1987.

Now, Rey Feo merits Royalty status and is invited along with the other Fiesta Royalty, including the Feria de las Flores Queen who also raises scholarship funds, to ride in all of the four major Fiesta parades as part of the spectacular annual, 10-day Fiesta festival held every year in April, in honor of the memory of the heroes of the Alamo and the Battle of the San Jacinto. 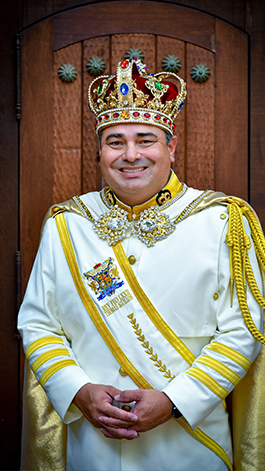 The Rey Feo program, a 501(c)3, non-profit organization, has raised over $7 million for scholarships given to over 3,000 students with 100 students presently receiving $2,000 for books and tuition. The Rey Feo’s principal function is to raise funds for the Rey Feo Scholarship Foundation. Each year, the RFS Foundation and the Consejo Real de Reyes Feos Anteriores (consisting of former Rey Feos) selects two prominent businessmen to compete for this prestigious title. The candidate who raises the most money during the months of May – October of the Feria de las Flores event, is declared next year’s Rey Feo, with the runner-up serving as the crown designate for the following year. Each candidate must raise a minimum of $200,000 to qualify with more then 85% of the money raised is spent directly on scholarship awards benefiting San Antonio area youth. Normally over 60 high schools participate. For the Fall 2017 awardees, 49 high schools in region 20 had 111 awardees going to 35 different colleges/universities throughout the United States and selecting 41 different majors for their higher education. A majority of the scholars are first generation students and coming from single member-low income parents. 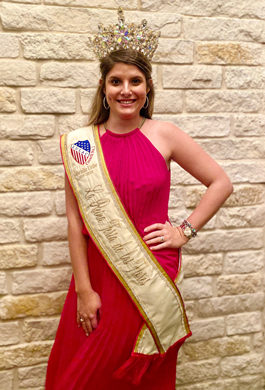 During his reign Rey Feo and his court visit nursing homes, hospitals, orphanages, and more then 60 elementary schools to encourage thousands of young people to stay in school, respect their teachers & parents, be good citizens and challenges them to pursue a higher education. He is considered as a good will ambassador for the city throughout the year.
Today, it is becoming to be known as an “Economic Development Enhancement Program” based on the hundreds of students that have gotten a college/university degree to the betterment of the community. The chosen students show a commitment to volunteering in the community. Value the need for a degree and have aspirations to learn the skills necessary to meet the needs for a successful life as they enter the job market preferably in San Antonio.